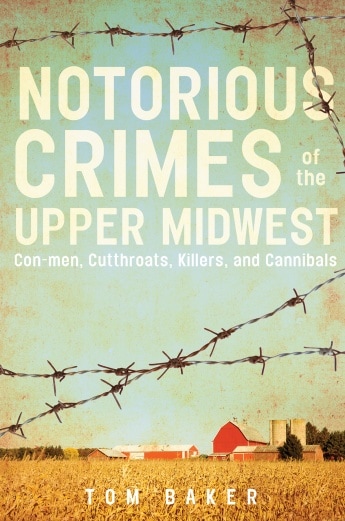 Tour the Upper Midwest to explore the blood-soaked halls of hideous history through twenty dark and demented stories from the corridors of criminal infamy. This expose of true crime examines a historical roster of the bad and the brutal: from old-time con men and gunslingers, to hardcore serial killers of the modern era. Meet the redoubtable Ed Gein; the haunting and harrowing Honeymoon Killers; the “Gruesome Gal of the Western Plains,” Calamity Jane; Wild Bill Hickok; serial sex killer John Norman Collins; Al Capone; Carl Panzram; the Lonelyhearts Killers; Larry Eyler; Teena Brandon; Gwendolyn Graham; George Lester; Babyface Nelsen; John Dillinger; Raymond Fernandez and Martha Beck; Larry Hall; Tricia Lynn Reitler; Jason and Kimberly Tuzinski; and Frank Gilmer—villains that will leave you infuriated and intrigued at their infernal notoriety. Join the author on a round-up of the rotten as you take a thrill-ride of historic significance in a world gone mad. 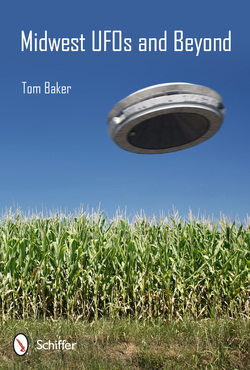 Midwest UFOs and Beyond
Are we alone in the universe? Is there intelligent life among the stars? Have we been visited by beings from other dimensions? Are UFOs real? Are they abducting people? Take a look at the UFO phenomenon from the earliest recorded history to the multiplicity of sightings and contacts that occur daily in the Midwest and beyond. Explore the effect the UFO phenomenon has on average people and speculate where it might be heading. Learn about a mysterious cigar-shaped airship from the 1890s manned by two men riding bicycle contraptions. Meet a nurse in a Midwest bar warning people to get out of Roswell as she was witness to the autopsy of the “little creature” – she died later in a supposed military “accident.” Find out about the Men in Black, visit conspiracy theories, investigate animal mutilation, and read about obscure sightings of extraterrestrials, including bedside visitations, car chases, abduction encounters, and more. Both longtime and new UFO enthusiasts will be delighted by this analysis. Keep your eyes on the Midwest skies!

Join our FACEBOOK group: Midwest UFOs and Beyond by Tom Baker: https://www.facebook.com/groups/MidwestUFOsandBeyond/ 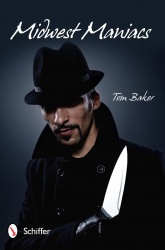 Midwest Maniacs
Meet 18 of the Midwest’s most atrocious and vile human beings. Read histories of murder and mayhem committed by individuals with burning anger and contempt for societal norms, and witness the macabre visions of their personal demons driving them to commit acts so reprehensible that they have earned for themselves a place in the annals of criminal history. Meet Micajah and Wiley Harpe, horrendous murderers who left a bloody trail of forty bodies behind them. Find out what happened to Belle Gunness’s beaus. Visit the H. H. Holms “Murder Castle,” and read accounts of Jeffrey Dahmer, John Wayne Gacy, John Dillinger, and more. For those future criminals who would follow in the footsteps of the notorious mentioned here, parting images are given: the gas chamber, gallows, firing squads, lethal injections, electric chairs, and tortured lives listening to the ticking of clocks from behind steel cell doors.

Five Star Review from Reading Ghost blog!
​
“In my opinion, this book was amazing! Mr. Baker has managed to write a book on true crime cases spending from legendary examples from a long forgotten time to nowadays crime.”–Reading Ghost

Scary Urban Legends (Illus. By John C. Eng)
Do you know what an "urban legend" is? They are those stories that make the rounds at high school hangouts and college dorms, camping trips and late night sleepovers, offices and water coolers as frightening tales too good to be true, and too scary to be fiction. These stories include the short and shivery legend, "The Vanishing Hitchhiker;" the macabre comedy, "The Hook;" and the scream-till-you-drop terror tale, "Bloody Mary." Experience the horror of lurking killers, lonely ghosts, and attacks from insects that seem to come from the pit of some forgotten nightmare. And who knows? It all might be true!
​
Purchase from Schiffer Books

Haunted Indianapolis and Other Indiana Ghost Stories
(with Jonathan Titchenal)
Explore cold and shivery legends, spectral stories, and phantom folklore of Indiana's forgotten country houses, decrepit graveyards, and lonely wooded lanes. Read about the mysterious mansion of Skiles Test, and see the strange, blue, dancing orbs that beckon in the night. Stop for a drink at the Slippery Noodle Inn and catch a glimpse of spectral bootleggers and outlaws who still call the place their home. Climb the One Hundred Steps of Stepp Cemetery and plummet in a wave of terror through the brambles that surround the ancient burying place of a tormented Gypsy band. There's more than corn in Indiana; ghosts and fear stalk the fields under the nighttime sky. 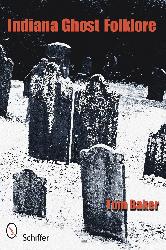 Indiana Ghost Folklore
Explore Indiana, perched on the disquieting frontier between the banal and the bizarre! Visit haunted hollows and baleful abodes of the Hoosier state's most dreadful locales. Take a ride down the bannister of Culbertson Mansion, thrill to a true account of the possession of Lurrancy Vennum, splash into the murky waters beneath Lake Busco to find a real-life sea monster, and learn the twisted history of William Dudley Pelley, a man who claimed contact with beings from another world! Ride the Vincennes Airship, high above the windswept plains with the "Hartford Visitors." Indiana has witches, werewolves, ghosts, ghouls, and Hairy Men galore, in this shivery exploration of the dark side of Hoosier history.

Awakenings:  A Journey to the Center of Human Belief
(With John Pickman)
"It had all started out as just a game, and then ""It"" had come, and their world was never the same again.
Was there actually any truth to the information being related to them from beyond? Was it an actual presence that brought them together, or was it all in their minds? Four misfits from a college in the Midwest are seemingly thrown together into a strange series of occurrences by the mysterious intelligence known only as ""Zem"". Author Tom Baker, his four cohorts, and the mysterious writer ""John Pickman"" take you on a strange, harrowing journey into the great dead heart of the haunted backroads of rural Indiana, and comb the antique buildings of a historic college campus in search of strange and elusive truths. A mind-shattering book, a tragic examination of human foibles, an intense and piercing examination of the human will to believe. Awakenings open your eyes, and join us. If you dare!
​OUT OF PRINT. Permanently

Why do they rape, ravage, and kill? Come with us, and enter the dark domain of the fearsome predators known as serial killers. Together we'll explore the shocking crimes of Albert Fish , H.H. Holmes, Peter Kurten, and others so twisted and demented as to be beyond belief.

Note: We hope to eventually do a revised and expanded edition of this book, and offer it for purchase. Until then, the PDF available of it does not, we feel, live up to our personal standards. The book can still be read in a somewhat cleaned-up version at my blog. Here are the individual chapters linked below.